Israel - Light onto Nations is an initiative, not a media watch organization. It is web-based and does not involve fundraising.

Israel engineers are behind the development of the largest communications router in the world, launched by Cisco.

Four countries to take part of study, focusd on patients with disease that can’t be treated with radiaion or surgery.

A new international study, to be launched next year in four different countries including Israel, will investigate a method of treating metastatic cancer that will obviate the need to tailor treatments to the location of the cancer in the body.
The aim of this study, which in Israel will take place at Sheba Medical Center at Tel Hashomer, is to advance the concept of personalized treatment, using drugs that are adapted specifically to each patient, based on the genetic profile of his or her tumor.
A total of 200 patients will be part of the study, 50 of them in Israel.
The international trial, known as WINTHER, will also be conducted at the MD Anderson Cancer Center in Houston, the Vall d’Hebron Hospital in Barcelona, and the Gustave Roussy Institute in Villejuif, France. It will focus on patients with metastatic cancer that cannot be treated with radiation or surgery.
Each participating patient will undergo genetic screening in an effort to draw up a specific genetic map of the cancer that is spreading through his or her body. Based on the results, a course of chemotherapy using genetically targeted drugs will be administered.
This will differ from the protocols currently in force in western countries, including in Israel via the health basket, which generally addresses the type of cancer the patient has based on its location in the body.
Over the past few years, different types of cancer drugs have been developed to target specific genetic mutations or have been found to be more effective against tumors with certain genetic characteristics.
For example, the drug Herceptin has been found to be most effect in breast cancer patients whose tumors have the genetic mutation known as HER-2; treatment with Erbitux is especially effective in people with colon cancer that doesn’t have a mutation dubbed K-RAS; and lung cancer patients with a certain mutation in a gene called EGFR in their lung tumors react better to the drugs Tarceva and Iressa.
The Israeli health basket does include testing for the presence of certain genetic mutations as part of the process of setting a course of treatment for certain types of cancers. But there are more options available abroad; for example, the drug Crizotinib, which is effective in the 5 percent of lung cancer patients whose tumors have a specific mutation in the ALK gene.
For this study, the European Union has committed to funding the purchase numerous of the many innovative drugs that will be administered to the participating patients, including several genetically targeted drugs that have not yet been approved by the Health Ministry for use in Israel.
The researchers will take a biopsy of the tumor and another biopsy of healthy tissue, which will both be screened for some 25,000 existing genes to ascertain the unique genetic mutations for each patient’s specific tumor. Once these unique mutations are found, drugs will be administered to the patients that are known to react well with these mutations, irrespective of where the cancer is in the body.
“Our goal is to draw up 200 different courses of treatment for the 200 patients participating in the study, such that each patient gets different drugs, in different doses, in accordance with the specific genetic mutations of the tumor he’s been diagnosed with,” explains Dr. Amir Onn, the head of pulmonary oncology at Sheba Medical Center, who, together with Dr. Raanan Berger, head of the Sheba Cancer Center and Institute of Oncology, is involved in the organization of the global project.
If the trial brings the expected results, it will launch a total revolution in the way cancer is treated.
“In the future, chemotherapy for cancer patients will be tailored to the patient’s specific biology, and it won’t matter whether we’re talking about cancer in the prostate, lung or colon,” Onn said.
“Today, a patient diagnosed with cancer searches for an expert in the type of cancer he has, for example, an expert in lung cancer or breast cancer. But in the future, when the treatment protocols will be based on the biology of the tumor and not its location, as will be performed in this trial, there will be different experts for different mutations. The next generation of cancer clinics will be clinics for genetic-specific tumors,” Onn said.
As part of the research, the clinicians will also be on the lookout for mutations in the patients’ tumor for which no targeted drugs have yet been developed. “In such instances, the chemotherapy drugs administered will be those most appropriate to the tumor’s circumstances, size, and rate of growth,” said Onn.
Source: Haaretz.com
Posted by The Shining Star at 7:10 PM 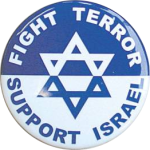 Israeli artists have developed new bus stop libraries available free of charge to commuters and travelers across the country.

Relative to its population, Israel is the largest immigrant-absorbing nation on earth. Immigrants come in search of democracy, religious freedom, and economic opportunity. 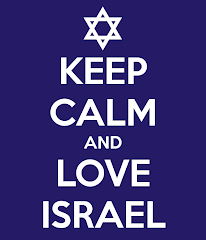 Children injured in the school siege in Beslan, Russia in 2004 were able to convalesce at an Israeli coastal resort in Ashkelon – at the invitation of that city’s mayor.

email to customercare@lush.co.uk to protest their anti-Israel extremism.

LUSH Cosmetics has quietly closed its Beverly Hills, California location several months after a group known as “Join the Boycott LA” (www.JTBLA.com) organized a protest outside the store to expose the company’s support of PLO extremism. LUSH, with headquarters in the UK and stores in over 40 countries around the world, is using its customers’ money to support the PLO’s extremist “One World Campaign”. This virulently anti-Israel organization portrays Israel as an “illegal” occupier committing crimes against “Palestine” and grossly exaggerates the suffering in Gaza, placing responsibility solely on the Israelis.

There is much more work to be done. We urge you to ACT NOW FOR ISRAEL by sending an email to customercare@lush.co.uk to protest their anti-Israel extremism.

It has come to our attention that LUSH, a leading luxury handmade cosmetics company, gives a percentage of its profits to an anti-Israel organization called “OneWorld”. Upon visiting the OneWorld website (http://freedomoneworld.org/), it is very clear that they are supported by extreme anti-Israel groups that are sympathetic to terrorist activity against the State of Israel. For example, one of the supporting groups is called “Friends of al-Aqsa”. Visiting their website speaks for itself: http://www.foa.org.uk/. 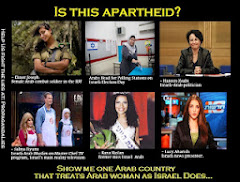 An Israeli-initiated project is drastically lowering the mortality rate of Ethiopian children infected with the AIDS/HIV virus.